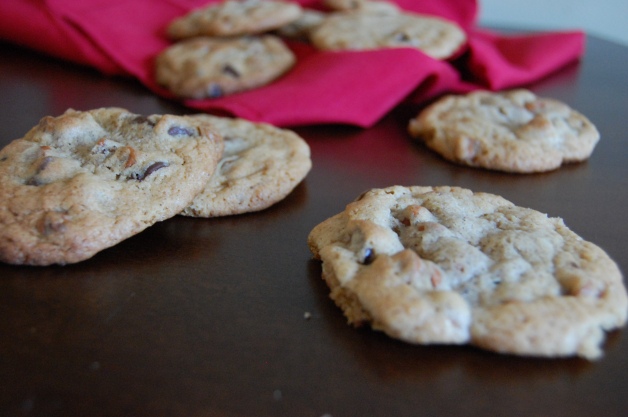 Beware: Extreme Cinnamon Content Ahead.  If you are wimpy when it comes to cinnamon, turn back now.  These cookies are for hardcore cinnamon lovers only.  Still with me?  Good.  Because if you fit into that category, you’ll definitely want to give this recipe a go. 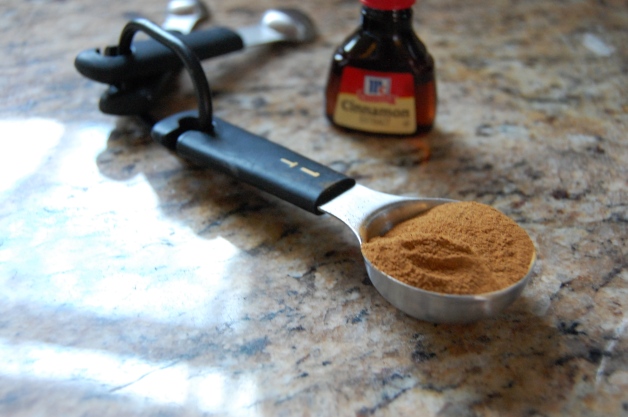 If you search the internet for cinnamon chocolate chip cookies, you’ll find an array of recipes.  Most of them call for adding ground cinnamon to a standard chocolate chip cookie recipe.  Sure, that sounds good.  But while screwing around with recipes a few weeks back, it dawned on my dear friend and me that we could kick it up a notch by also replacing the vanilla extract with cinnamon extract.  And then… then we found these at the grocery store: 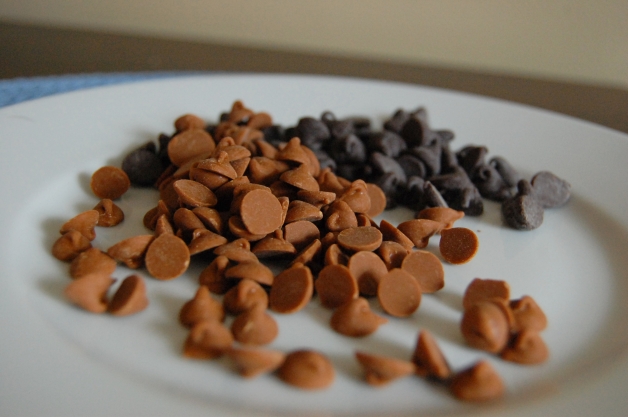 Cinnamon chips.  Is it sinking in yet?  These cookies will smash your taste buds with cinnamon from three different directions.  Now, I think it’s only fair to mention here that these cookies are equally excellent with only the regular chocolate chips.  The cinnamon-chocolate combo is one that I am obsessing over lately. 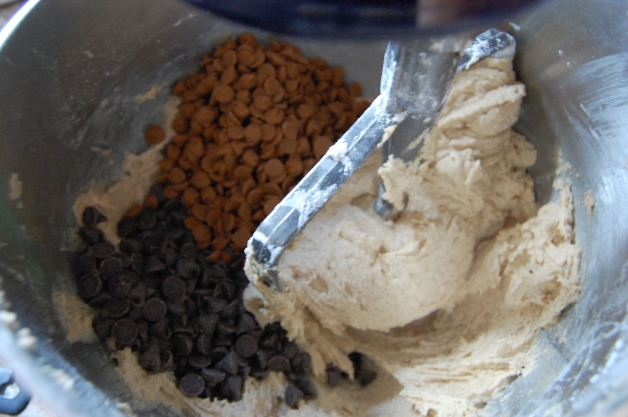 I’m not a baker.  In fact, I am really terrible at baking.  What I am not terrible at, however, is talking my Baker Extraordinaire friend into giving me a hand in the kitchen.  And thank goodness for that. 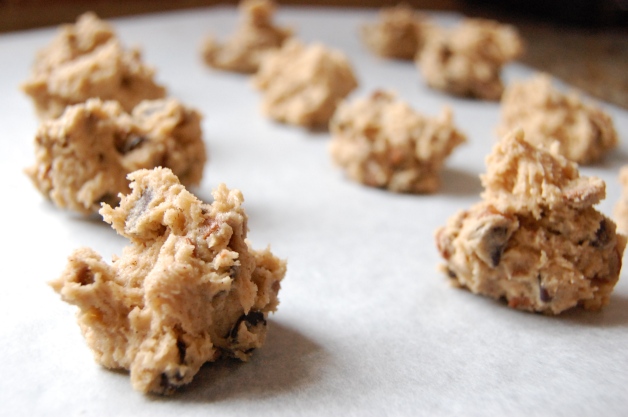 Whoever invented parchment paper is clearly a super-genius. 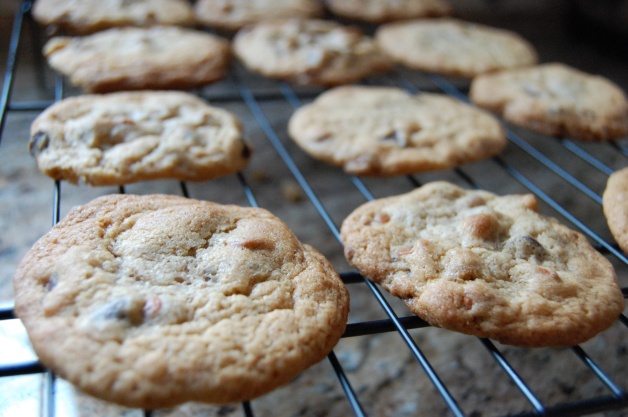 I’m going to throw this out there, and you guys can hold me to it: my goal for 2013 is to become a better baker.  It was extremely tempting to use a “batter baker” pun there, but I did not.  I am proud of myself for not being that cheesy.

2. In a small bowl, combine flour, baking soda, and salt.  Set aside.  Beat together butter, granulated sugar, brown sugar, ground cinnamon, and cinnamon extract in large mixer bowl until creamy.  Add eggs one at a time and beat well after each.  Gradually beat in flour mixture and then stir in chocolate and cinnamon chips.  Drop by rounded tablespoon onto baking sheets lined with parchment paper.

3. Bake for 8-10 minutes or until lightly browned.  Cool on baking sheets for approximately 2 minutes before moving to wire racks to cool completely.