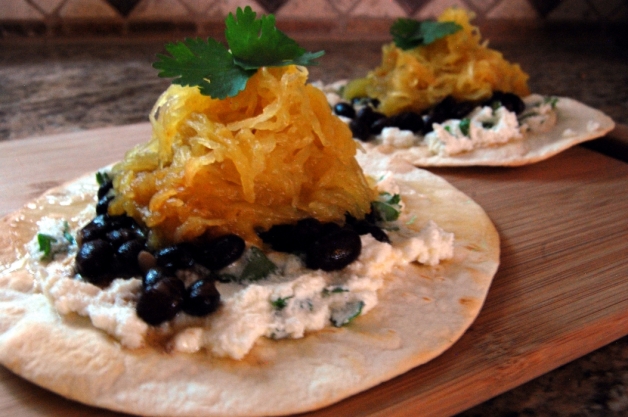 Spaghetti squash is one of those type-cast ingredients.  The poor guy is so versatile, but he shines so very well as a pasta substitute, that sometimes we forget to let him stretch his wings.  And so I give you: Spaghetti Squash Tacos. 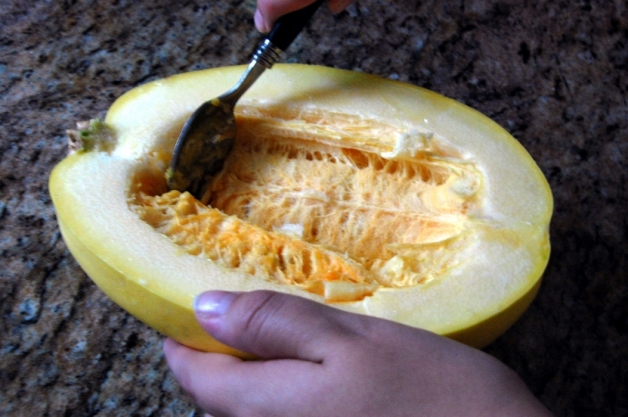 Baking spaghetti squash is a little time consuming, but the cool thing is that it stores well in the fridge or freezer – so you can make up a whole bunch at once.  We’re really only talking about 40ish minutes in the oven, though.  Not too bad at all. 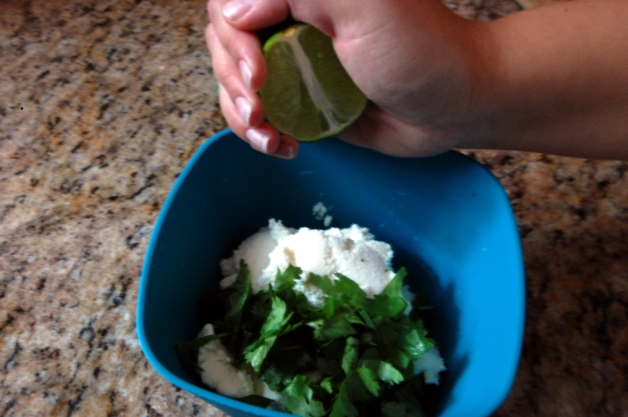 I made up a batch of stuffed shells about a week ago and had some ricotta left over.  Hey, if spaghetti squash can be a taco star, then ricotta can, too (with a little help from some cilantro and lime).  Very loosely chopped cilantro – this recipe is super easy. 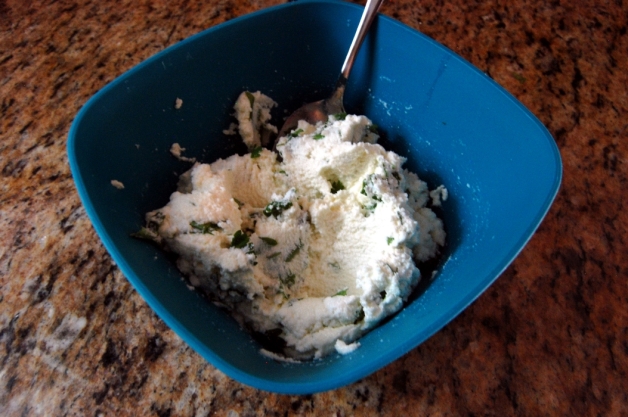 Plus it looks better all mixed up that way. 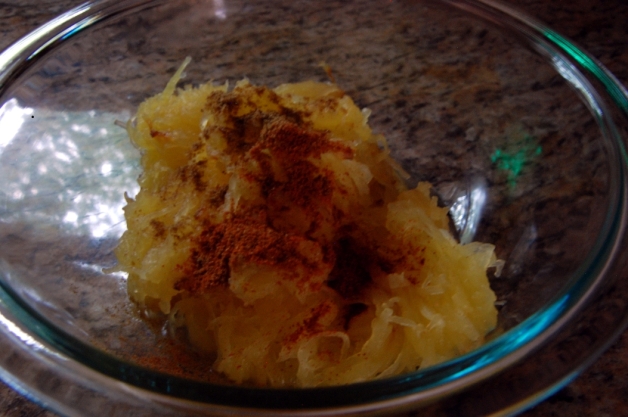 If you’re used to seeing spaghetti squash covered in marinara, feast your eyes on the photo above, where our celebrity is dusted in chili powder and cumin.  Stir it up, stir it up.

1. Preheat oven to 375 F.  Slice spaghetti squash in half lengthwise and use a spoon to remove seeds.  Lightly coat baking sheet in olive oil, then place squash flesh side down on sheet.  Bake for approximately 40 minutes until tender.

2. While squash bakes, mix ricotta, cilantro, and lime.  Heat black beans (I threw them in the microwave for about 3 minutes, stirring once at the halfway point).

3. Using a fork, separate flesh of squash into strands and then mix in chili powder and cumin.

4. Heat tortillas to desired level.  Spread ricotta mixture across each tortilla, then follow with a layer of beans and finally the spaghetti squash.  Optional as shown: garnish with cilantro leaves.